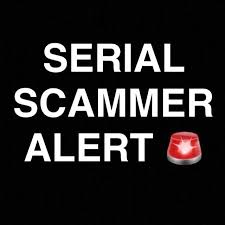 Let masses all over be advised to read this article and guide yourselves for you never can tell or know what MMM Global will bring to you again because a few will benefit but the majority of the masses will cry wolf when they start counting their loses if not death.

So many schemes have been established in the name of helping the masses but in actual sense they use such schemes to cater for themselves.  In some cases they call it mutual aid –  this they use to work on the psychology of the people.  One of such body is MMM.  Do you want to know more about this scheme, kindly read on!

MMM was established in 1989 by Sergey Mavrodi with support from two of his siblings.  The name of the Scheme is coined from the first letters of the three founders’ surnames.

By 1994 Mavrodi launched his ponzi scheme where he promised annual returns of up to 3,000% on investment.  The Police opened up a probe into the activity of the scheme especially with attempted fraud over the internet and its founder Sergey Mavrodi was convicted for fraud.

MMM is  regarded as one of the world’s largest ponzi scheme of all times.  By different estimates five to ten million people have lost their wealth to this scheme but reports have it that investors knew of the fraudulent nature of the scheme but quickly wants to make their profit from it before it collapses but Mavrodi is always smarter than these investors because he will call for the freezing of all operations and will never look back at the consequences of his actions.

but by 2011  Mavrodi reopened his scheme and this time named it MMM Global.  With the establishment of MMM Global, nothing could hinder Mavrodi of taking his scheme to the next level; that is meeting the world with his fraudulent activities.  Did he succeed?  Why not read on as to find out for yourself.

Before we answer the question if he did succeed or not, lets know who Sergey Mavrodi is!

Sergey Panteleevich Mavrodi is a seasoned Mathematician and a Psychologist who was born in the year 1955.  According to publication, he is a Russian Criminal and a former deputy of the State Duma (ie the Lower House of the Federal Assembly of Russia).  He is a key founder of the firm MMM – a Ponzi scheme.

As indicated above, in 1989 Sergey with his siblings created a Scheme which they intend to use to help the poor masses but on the contrary made people who follow them to suffer loses and some even lost their lives.  His intention of creating this Scheme was to destroy the financial systems which he considered were unfair and intends to introduce a new system that will empower the masses hence the scheme was not illegal under the Russian laws.

When questioned he stated that he was not a beneficiary of the donations and that he was not used to flamboyant lifestyle.  So he was later charged for tax fraud although he claimed that MMM Scheme is not a business but a mutual donation program of which there was no law against such.

What are the activities of MMM

MMM is created as a community of people providing each other financial help on the principle of gratuitousness, reciprocity and benevolence.  There is no sale of products.  All that a participant is required to do is when one ask for help another respond to grant that help through the MMM platform.

The technique involved here is Someone Request for help through the platform and another declares a willingness to render that  help by clicking in his/her personal office to accept the responsibility.

Notice  the motto of the scheme, “Today You Give Help, Tomorrow You will Get Help”.  So if you don’t give help no one will answer you when you will request for one.

I see this kind of a system as robbing Paul to pay Peter and at the end there is always one who bears the brunt, who suffers, who cries and are thrown into confusion, chaos, lose of money and sometimes lose of life.

Judging from the scheme’s activities since its inception, one will glaringly notice that it never meant well for these poor masses but wants to play on their situations or  intelligence or maybe  using psychology on these teaming population that believes in this program’s proclamation of helping them.

There is so much inconsistency in the activities of this scheme as well as its key owner Mavrodi hence this appeal for people to seek genuine enterprises to register and learn the best practices of engaging into business (See my review on a business organisation that can change your life when you are committed to achieving results.)

Also get connected here  for something that will change your life.  Just click and let me know your intention(s) through the comment section and I will take you through.  These businesses recommended have stood the test of time, consistent in delivering results for many years and therefore my Number One recommendations.

The activities are as summarized below

After closure he will come up with stories not to make ways to help those who have helped to get back their money, he gives you another condition to bring in more money so you can receive little by little what you have lost previously.  You are already crying for losses he will return to ask you to give out more. Mind you it is out of your own free will also you are not expected to be given back  anything then I ask the question what is the meaning of the 30% he continues to promise people? What is the 30% for?   Where is that coming from and what logic is he playing on these people if actually he has nothing to gain from this scheme?

You must note the following:  MMM or Mavrodi claims  that MMM is not a bank that will create the least 1% interest into participants accounts.  He also stated that he does not collect anybody’s money; and that MMM is not an online business, or an investment company or a Multilevel marketing firm/program.

What I hardly understand  here is what drives millions of people to venture into this scheme as to face the kind of risk that affects majority of people.  I know that every business on its own is a risk  but he claims it is not a business and because it is not its effect on people is massive, enormous.

Why does MMM administrators constantly froze its participants’ accounts especially when such participants might have  need to request for their help after rendering to others.  Why does he not think of the pains and hurt he causes on these people he promised to help?

Let those who feel that they want to play smart with Mavrodi be wise, because he is a master of his games and knows how to play it very well as he is an expert who is always ahead of anyone who wants to play with him.  Also know that this fraudster will never stop at his game as he is benefiting so much from setting up all these fraudulent platforms.

It is  therefore my candid advice that the masses which he claims to help(without his own private money) but with poor unsuspecting people’s money with the juicy promise of giving them 30% – thereby causing massive pain and losses- should be wise and desist from the scheme.

Sergey Mavrodi is never relentless of his activities because he is still launching more self help projects where he will still ask the masses to become members – contribute as to benefit from the program  or scheme, and because of poverty level of the majority of people, he will still get them to subscribe – please advice yourselves and stay clear from this serial scammer and dubious  man and his several activities.

Note that for the number of years and places he had this Scheme launched, freezing of accounts at a point when the participants needed their rewards had been his modus operandi.   He is never consistent with any nation including USA participants with the Stock Generation which he claimed was a game and which was clearly stated in his documents before approaching any country with his help.

So watch Out and Be  Warned- You can never be smarter than Mavrodi-  He who established the forum have his own plans and its operational policies hence a few will benefit to draw more into the scheme then off it goes with one statement or the other.

Very inconsistent and therefore should be avoided.  Serial Scammer  Be Warned:

In fact his statements concerning his operations are clear:  YOU ARE HELPING OUT OF YOUR ABUNDANCE, GENEROSITY AND YOU ARE NOT FORCED TO ENGAGE IN IT.

In my whole life I have never seen a business that does not have legal backing but with MMM Global the CEO/Proprietor states that it is not a business but a community of ordinary people, selflessly helping each other.    Let us all apply wisdom to our lives because I see no justification in people crying all over when in essence you know what the scheme stood for.

This review is a way to render assistance in exposing some scamming activities of businesses that are using the state of economy of the world to  defraud people.   I will be working on more of such organizations if you let me know about anyone operating in your area and I will be glad to render this help.  For further reading on how you can avoid scam, please read  this and help yourself as well as your loved ones.

Don’t hesitate to subscribe to this website and also if you are passionate enough to improve yourself as to be heard,  click  to join me  here and I will be glad to respond to any suggestions or comments.